Please get in touch and tell us about your project. We would love to find out all about you and if there’s an opportunity for us to collaborate.

Our office in the mountains: 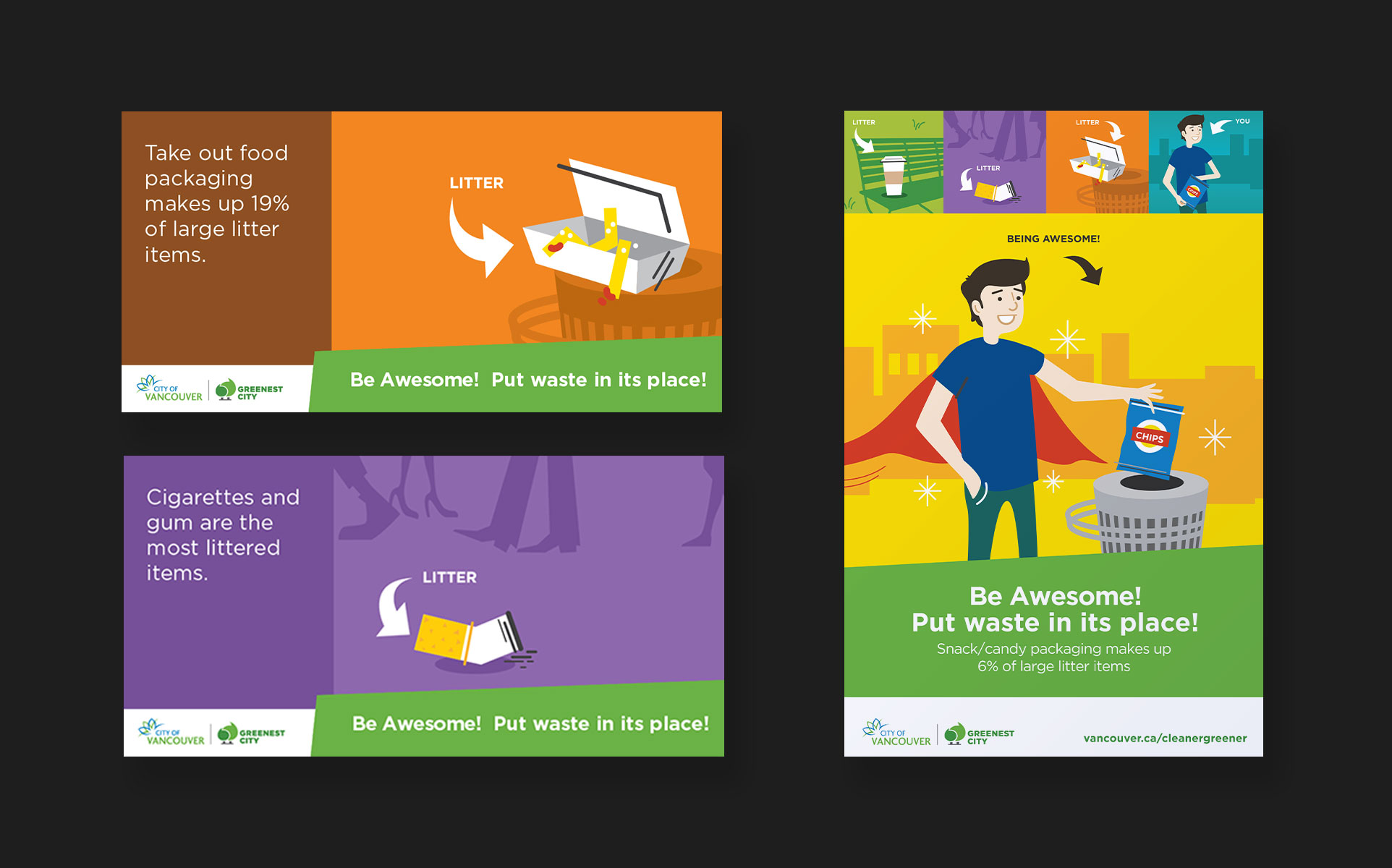 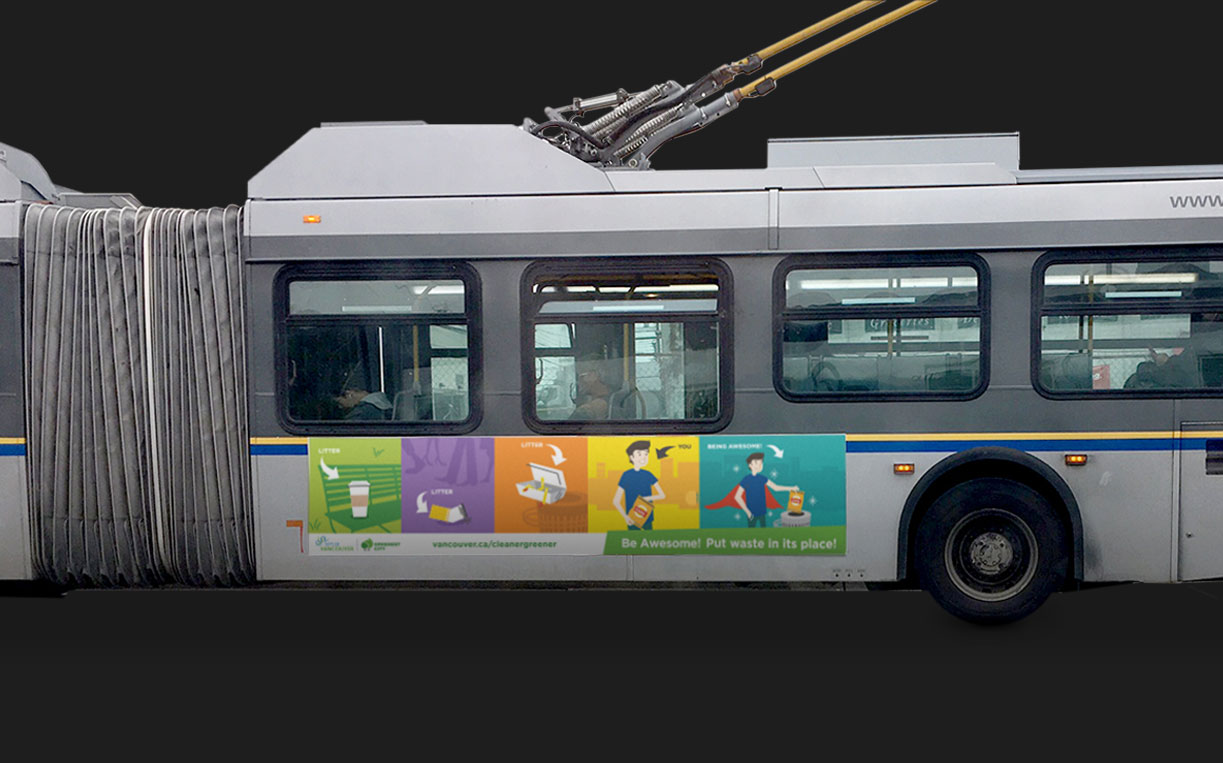 Representing more than 600,000 constituents, the City of Vancouver administers a vast array of services and operations, with the mission to “create a great city of communities that cares about our people, our environment, and our opportunities to live, work, and prosper.”

The City of Vancouver‘s three-year anti-litter campaign aimed to make people aware that the things they leave behind become litter. Some items, for example food leftovers, can be left behind by well-meaning Vancouverites wanting to leave food for the homeless. In fact, the food never makes it into the hands of the needy and instead becomes rogue garbage. We created a series of animated shorts around Vancouver’s most littered items: cigarette butts and chewing gum. We sent out street teams wearing campaign branded t-shirts, to hand out branded portable ashtrays for smokers. We created also branded cigarette butt recycling receptacles for use in the entertainment district, and our street teams encouraged smokers to use their portable ashtray until they came across a recycling post.